We need to talk about Bloggers Unveiled. The anonymous Instagram account, which lasted eight months – sure, you could have had a baby in that time! – and was dedicated to “calling out” influencers and bloggers who were misleading their followers, may be gone, but there are still a plethora of questions to be answered about an industry that is growing massively by the day – and remains largely unpoliced.

Way back when, blogging was a way of creating a platform for oneself, when none existed. It was a way for hobbyists – beauty or fashion fans, for example, or those passionate about video games and technology – to publicise their views and to share their interests with like-minded internet users. Readers were drawn to blogs because they were written by people just like us: people who had gone out and spent their hard-earned money on a product, only to find that it didn’t perform as described. Unlike journalists or TV pundits, these people were beholden unto no one – they could tell the truth, when others felt constrained by advertising concerns or close relationships with PR executives.

As a former journalist, let me assure you – it is not unusual for a print journalist to mention a product because the brand in question is advertising in the current issue. Nor is it unusual for someone to give a mention to a brand or product because they are friendly with the PR person whose job it is to garner media coverage for that item. It’s important to state: this doesn’t happen all the time. Not every single item featured or reviewed in a magazine is a back-scratching exercise. But there are real people behind these moves – by that same token, there is bound to be some humanity (“I owe them a favour”) behind their motivations.

There is no crime in these machinations of old-school media – but it is no surprise that the consumer’s trust, which had for so long been assumed by journalists, rather than earned, easily transferred to the blogosphere. We were crying out for the cold, hard truth.

A change is gonna come – but was it for better, or for worse?

It took a while; the island of Ireland is notoriously slow on the uptake, compared to its US and even mainland British counterparts, but the brands and PR companies began to sit up and take notice, and where their money had previously been spent wining and dining print journalists and editors, it was now the turn of the bloggers to get a slice of the pie. I remember those early days of press events at which print and online “media” (though print refused to acknowledge bloggers as such) became unhappy table-mates. Journalists were unused to sharing their crudités with Mary from down the road who just loved eyeshadow.

The biggest issue was that, as the money began to funnel down from print to blogging, the readers were none the wiser. And bloggers – many of whom young women who had no formal training or education in media, print or otherwise – didn’t realise that a paid review constituted an ad. There was no one there to explain to them that there is a difference between editorial (organic, unpaid) and commercial (i.e. advertising) content. They didn’t know, because they couldn’t have known – and no one told them.

Furthermore, the number of people who were getting paid for coverage was minute. The majority of bloggers were – and are still, to this day – blogging because they have a passion for their subject and because they love communicating with like-minded readers via social media. That has never changed.

What has changed is that the readers gradually, but eventually, cottoned on to the fact that not every mention was organic. They saw their favourite bloggers getting sent reams of product and then gushing about it the next day; they saw young women, the same Mary from down the road who had been just like them, being flown to a five-star hotel and wined and dined by a high-end beauty brand. They began to wonder, had Mary been paid to run a weekly series on a specific brand’s holiday release? Was this really all as innocent as it seemed, or was there money changing hands – and, if there was, surely they should be upfront about it?

A black mark for brands

The thing is, brands have always known that paid content should be declared as such. Brands, along with their PR and marketing arms, have, for years, worked with print media to place commercial content – advertorials – within their pages. They have always been aware of the codes of conduct set in place by each jurisdiction’s respective advertising standards body. It has always been within their remit to suggest to bloggers that they tell their readers the whole truth (and nothing but the truth). They just didn’t bother.

Remember, one of the biggest selling points for blog readers was that the blogger in question was being honest. Social media is so popular because it grants us access to a blogger’s innermost thoughts. We get to see inside their bedrooms; we catch a glimpse of their bathroom cabinet; we follow them as they go shopping at IKEA with their other halves, or as they relax into a bubble bath at the end of a tough day.

For a lot of social media personalities, there is nothing that is off-limits. We are truly in the age of Big Brother, but the people involved are pointing the camera at themselves and we don’t ever have to switch off.

It doesn’t take a genius to realise that content marked as #ad, #sp or #sponsored is not trusted in the same way that content that appears genuine is. It’s no wonder that brands turned a blind eye when bloggers, influencers and social media users failed to disclose their partnerships.

The concept behind Bloggers Unveiled, therefore, was not a bad one. In the absence of robust policing – in the Republic, which is where BU aimed most of its ire, the ASAI is a regulatory body, meaning that it will respond to complaints by the public and either uphold or dismiss them. It does not impose fines or sanctions on the individuals in question – its power is in the presumption that no one wants to be called out for flouting the rules.

But this not only relies on members of the public to recognise and flag undisclosed advertisements, it also assumes that influencers and brands will be afraid enough of this eventuality to do the right thing all on their own and, as Bloggers Unveiled proved, that’s not always true.

The concept of an anonymous call-out account, dedicated to exposing and shaming influencers who attempt to pull the wool over their followers’ eyes, is not a bad one. But somewhere along the line, the waters got muddied. Instead of focusing on influencers who were deliberately lying to followers by Photoshopping photographs (before and after fake tan application, for example) or failing to disclose paid partnerships, BU became a stomping ground for people to get out their every niggle.

The comments section on each post – why was it even necessary to provide a commenting functionality, when BU’s DMs were always open – became a cesspool of anger and harsh criticism. BU began to “call out” brands for putting massive mark-ups on the products they sold (which is how capitalism works, and not a new concept) and posted furiously about the campaign to repeal the 8th amendment in the Republic of Ireland. BU began answering Q&As about bloggers they did and didn’t rate; to give hints about what their background was and where they were from. It seemed like it became more about ego than a search for fairness in the online world.

In the end, BU disappeared much like it had arrived – with a shout, rather than a whimper. The account, which had amassed over 223,000 followers, was deleted, as a result of events having taken “a nasty, toxic, vindictive and unhealthy turn,” said BU, in the final Instagram Story shared from the account. “The baying for blood makes me sick,” they said.

Its disappearance coincided with a number of bloggers, social influencers and journalists – myself included – coming to certain conclusions about who was behind it: a renowned troll, known for contributing to forums such as boards.ie and Reddit under a variety of pseudonyms, and suspected to have myriad Twitter handles and personas. Bloggers Unveiled, it seems, was not started by someone with a desire to clean up the industry – rather, it was the brain child of a woman obsessed and incensed by bloggers, social influencers and all they stand for.

There is no doubt that blogging, as an industry, requires regulation – but that regulation cannot come from an anonymous social media user with a grudge. We need systematic training, robust penalties and regular enforcement from a body that has insight both into the media industry and into the worlds of advertising, marketing and PR, all of which serve a different function but, thanks to the proliferation of online media, have seen their lines of demarcation blurred significantly.

It is highly unlikely that Bloggers Unveiled will be the last of its kind. There will always be bloggers who play fast and loose with the rules; there will always be young people who come to the world of blogging with very little knowledge or insight into the industry, or how it functions. But there are also brands – on whom there is, like it or not, an onus not only to impress upon the influencers they work with the importance of following the rules, but also to choose the influencers they want to work with carefully. If Bloggers Unveiled has achieved nothing else, it has shown, definitively, that, the higher the following, the further the fall.

Brands: here’s what to look out for when working with an influencer

There’s no exact science to figuring out whether or not someone has bought followers, but a cursory glance through a person’s follower list will give a decent idea. Things to look for are a plethora of foreign names that all look similar, or as if they’re from a similar area – sometimes followers can be bought in bulk from larger regions such as Brazil, China or India. Another tell tale sign is if their followers have no followers themselves, no or few posts and if they follow a huge number of other accounts, meaning they are more than likely bot (or bought) accounts. One suspicious follower, of course, doesn’t mean that all of that person’s followers are bought, but you need to look at the bigger picture: a large number of suspicious accounts probably means they’re up to no good. 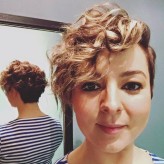