Podcasts have never been cooler but if you’re unsure as to where to start then let Bronagh Rafferty talk you through her current favourites and explain why they should be yours too.

Podcasts are very much where it’s at right now. And much like the music charts, there’s something for everyone. However, if you’re an audio file newbie then you may be a little daunted as to where to begin.

Maybe you’ve heard recommendations of The Joe Rogan Experience but when you search for it there seems to be a million episodes to choose from and they’re each over two hours long… As a newcomer to the podcast world you could be forgiven for wondering how on earth anyone could dedicate  that amount of time and attention to just listening.

But worry not, if you’re ready to jump on the bandwagon but don’t have a clue where to start then we’re here to help with three that will kickstart your podcast obsession in no time.

Describing themselves as “a weekly current affairs and pop culture podcast”, the journalistic duo talk through the highs and the lows of the past week. Yes, this does mean those dreaded buzz words ‘Trump’ and ‘Brexit’ are touched on, but don’t let that throw you.

In each episode they talk through their favourite things from that week and their recommendations vary from an article by one of their favourite journalists, to a TV series, to books, and the Sainsbury’s app of all things. They speak on every topic with ease, giving their opinions in a concise thought through way. I also admire how honestly they speak on topics that are deemed taboo and how they aren’t afraid to admit if they don’t know an awful lot about something.

The High Low has opened up a realm of conversations I want to start having, new people to follow online and books I want to read. Although the show is best listened to the week it’s posted online, these are my favourite episodes:

An Author Special with Lindsey Hilsum, On Marie Colvin and War Journalism | The High Low on acast

I clicked on this episode sceptically as I didn’t know a thing about Marie Colvin or Lindsey Hilsum. I listened because I was on my way home from the airport and I had nothing else downloaded. It ended up being one of my favourites.

Killed in Syria in 2012, Marie Colvin was an internationally renowned war correspondent. Lindsey Hilsum, friend and colleague explored 300 of Marie’s old diaries to create a funny and moving bibliography.

As a journalism student, I found learning about Marie Colvin’s early years and hearing about all the personal and war experiences she had lived through that made her the courageous journalist she was just so inspiring

Why 1/3 of Gen Z Don’t Drink; & How Feelings Took Over The World | The High Low on acast

Finally, I’m recommending this episode as I felt as though I verbally contributed to the discussion.

In the lead up to Halloween, I was making my first apple crumble in an attempt to reduce my ever-growing screen time. I found myself nodding and reacting with “what, no! That’s b*lls!” Although I was disagreeing with some of the points made, I really enjoyed listening.

On the Line- Estée Lalonde

The second podcast is from beauty, fashion and lifestyle blogger Estée Lalonde and follows  The Heart of It that was released late 2017 (another fave of mine.)

The podcast is a call-in show where she invites a guest on to speak on a particular topic and her listeners send in questions for them to answer. The topics vary from breakups, to friendships, to contraception. Each episode is informative and genuine, you feel like you’re having a good chinwag with one of your besties.

With only seven episodes online, it’s easy to recommend them all but my favourites are:

Jules is a celebrity spray tanner. He and Estee have a great rapport as well as getting down to the nitty-gritty. How do you deal with a breakup?

Ok, so I follow Amelia and Estee on YouTube. The two are almost polar opposites; Amelia seems like a really posh girly, girl whereas Estée seems much more grounded. I always wondered how they get on so well as best friends. In this episode, they talk about their differences and what makes a long-time best friendship work.

Co-hosted with her chef mother, singer-songwriter Jessie Ware invites A-List guests to her dinner table. Her mother cooks them dinner and adds such a nice dynamic to the conversation. She is just salt of the earth and says it as it is – something that our generation sometimes shy away from when in the spotlight.

With 16 seasons of chatty man under his belt, Alan Carr is the best fun on this episode, I was laughing out loud. I’d love to have him round mine for a glass of wine.

Probably the coolest woman ever. That is all. 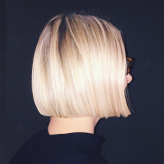